The Protection of Brigid - making the three-armed Brigid’s Cross. 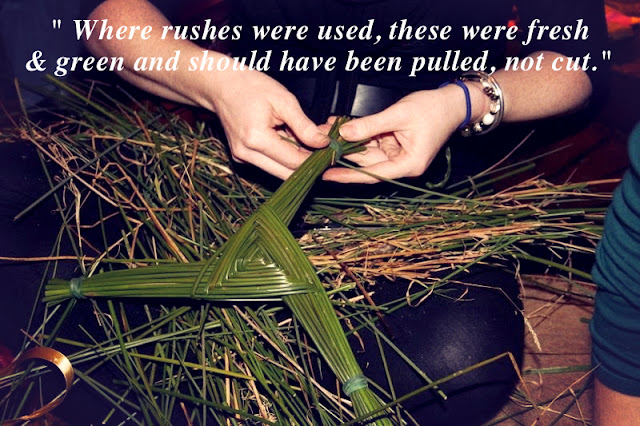 Across the island the most widespread custom associated with Brigid on the eve of Lá Fhéile Bríde, Brigid’s Feast Day, was the making of the Cros or Bogha Bríde, Brigid’s Cross.

Hung in the home, often above the door or hearth, in the cattle byre and in the stable, the crosses were made to honour Brigid and to protect against “fire, storm, lightning, illness and epidemic” throughout the year. 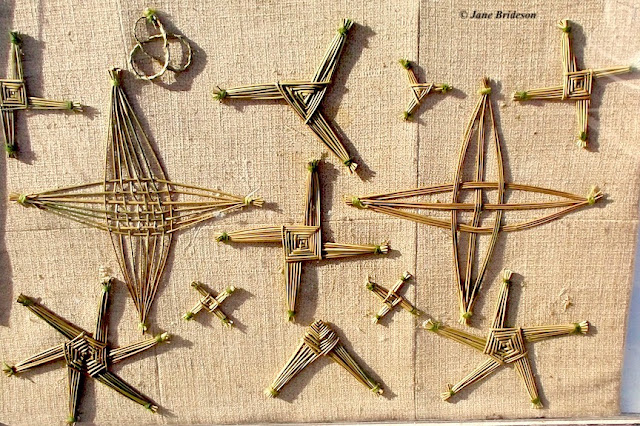 The many forms of Brigid’s Cross displayed in Kildare.

Today the four-armed cross is the most well known, woven by pagans and christians to celebrate Brigid’s Day and Imbolg. 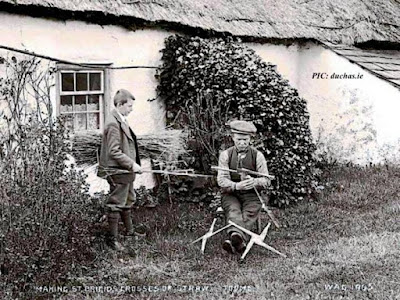 Brighid’s Crosses made from straw.

The three-armed cross, reminiscent of the triskele and the Legs of Manannán, is the form of cross
I make to hang above the threshold of my studio. 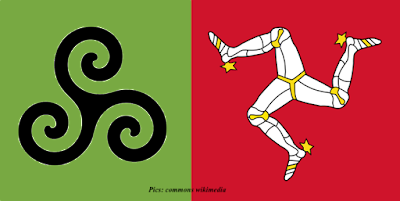 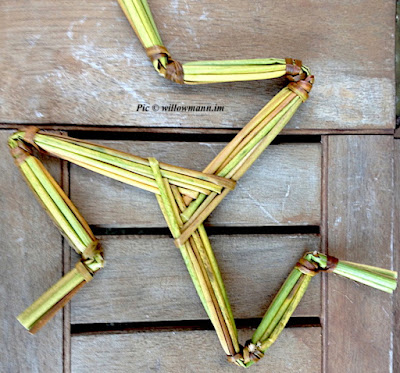 The Legs of Mann created by WILLOW MANN on the Isle of Man.

For many this design represents the goddess Brigid as Brigid of Healing, Brigid of Poetry and
Brigid of Smithcraft, as well as her associations to Fire, 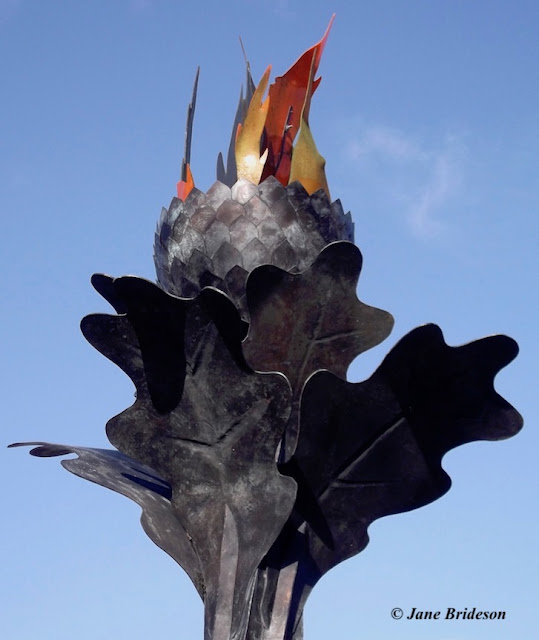 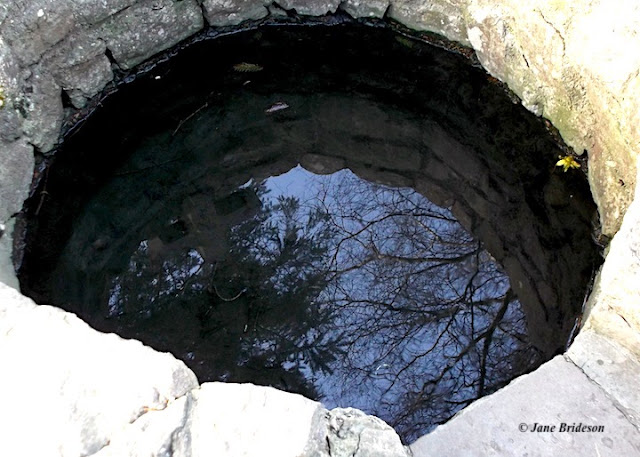 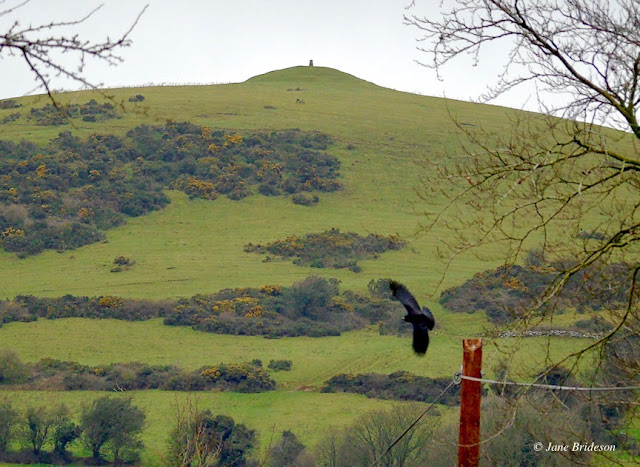 Croghan Hill, Co. Offaly.
Legend tells that Brigid had her smithy beneath the hill.
Read more about Croghan Hill HERE

Brigid’s triple armed cross is simple and quick to make, only requiring reeds / rushes, ribbon or wool and scissors. 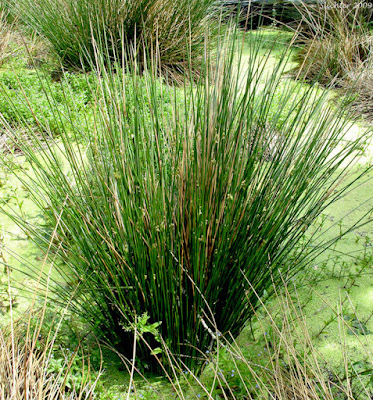 The Common Rush, Luachra, which grows in moist areas is commonly used to make crosses.
Rushes (also known as reeds) or straw left over from making the Brigid's Cross was thought to
have curative powers, when tied around a sore limb or head and left on overnight.
The following morning the rushes were burnt to complete the cure.
Photo: www.plants rescue.com 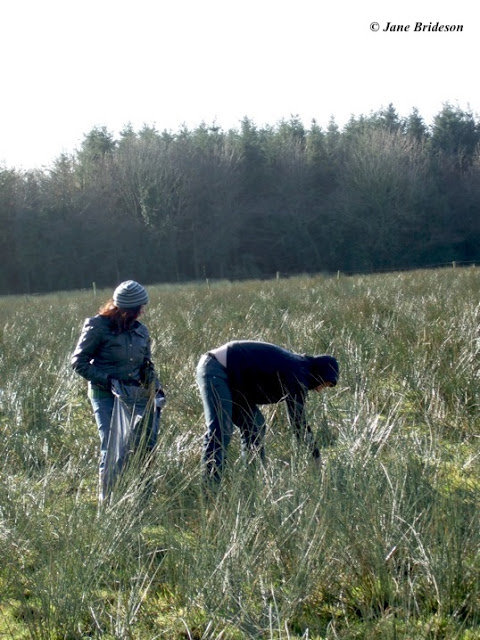 Gathering rushes in the Lough Field.

Firstly collect your rushes choosing the thickest you can find, preferably on Brigid’s Eve,
31st January.
Traditionally, in some areas, it was the job of the man of the house to gather the rushes, although across the island making the Brigid’s Cross was usually the domain of women and girls. 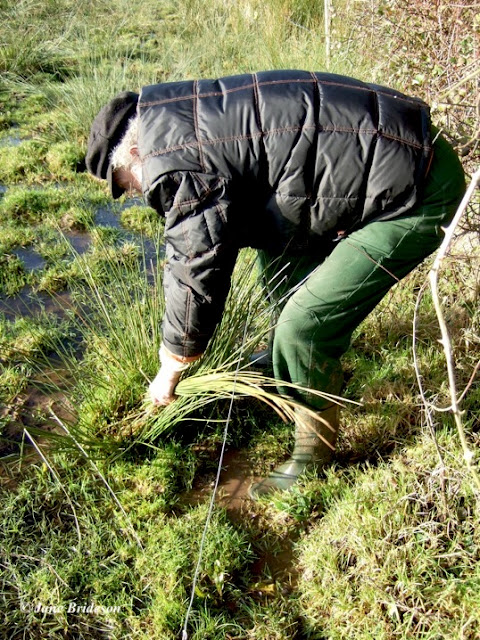 Custom dictated that the rushes should be pulled out of the earth, however many people
today prefer to cut the reeds close to the ground, leaving the roots in tact.

If reeds or rushes are not to be found use straw, pliable willow withies or pipe cleaners.

Crosses made from straw, rushes and willow withies. 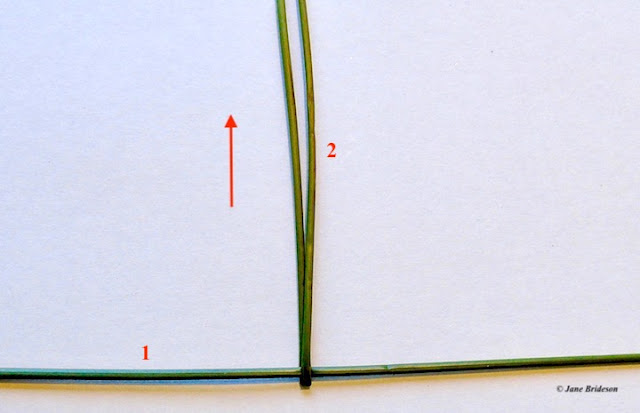 1 Begin to make your Brigid's Cross by picking two sturdy rushes and fold one in half across the other, forming a T shape. 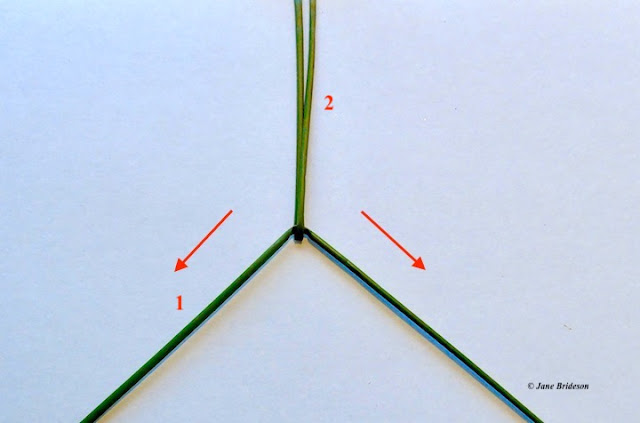 2 Hold firmly at the centre so that the cross remains intact then gently bend the horizontal rush 1. 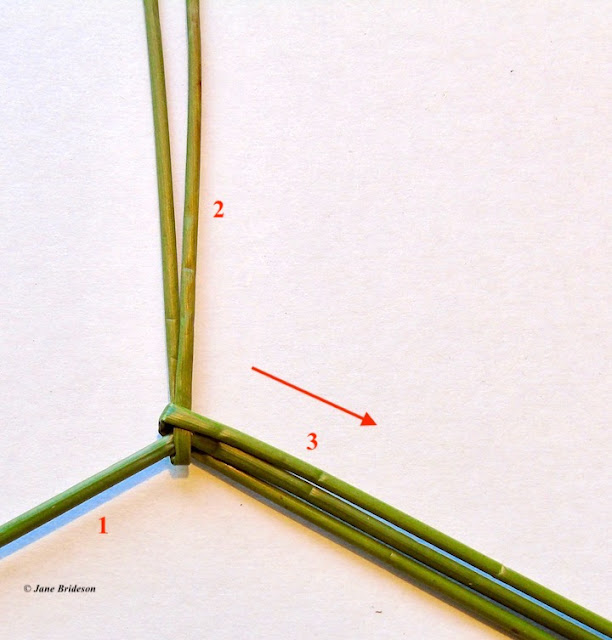 3 Fold a third rush in half & place around reed 2 so that it lies next to rush 1.

Rotate the cross, holding firmly onto the rush you have just added. 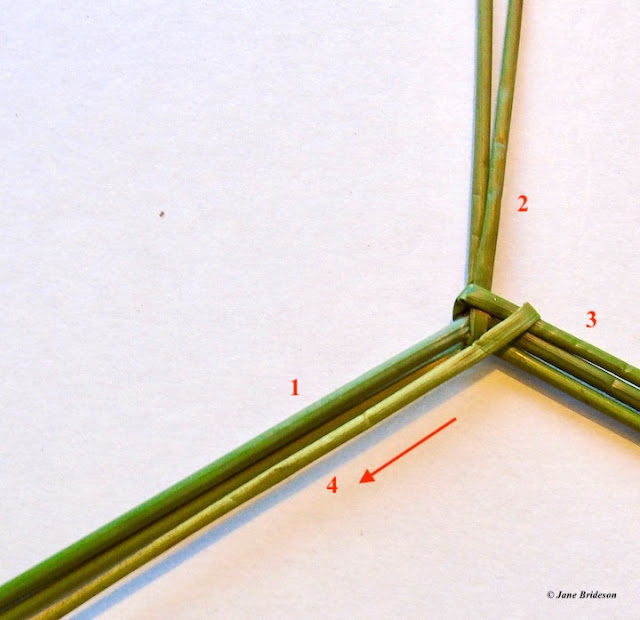 5 Take another, fold and place around rush 4. Hold this recently added rush and rotate again. 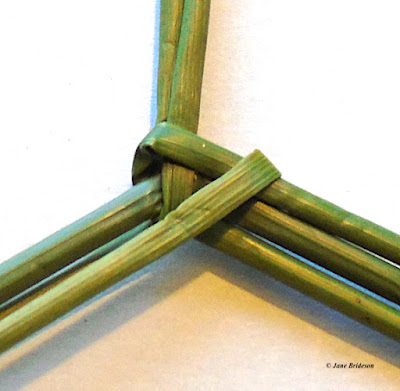 6 By now you will have a triangle forming at the centre.

7 Continue adding rushes, always holding firmly and rotating the cross before adding the next one. 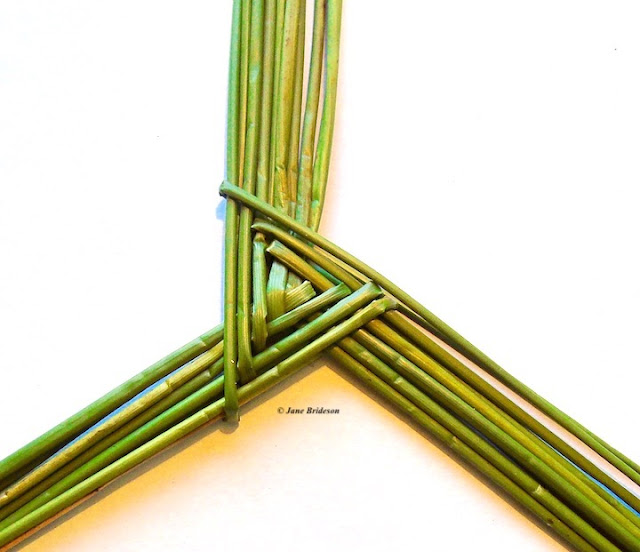 8 Your cross will look like this and you can add as many rushes as you wish. 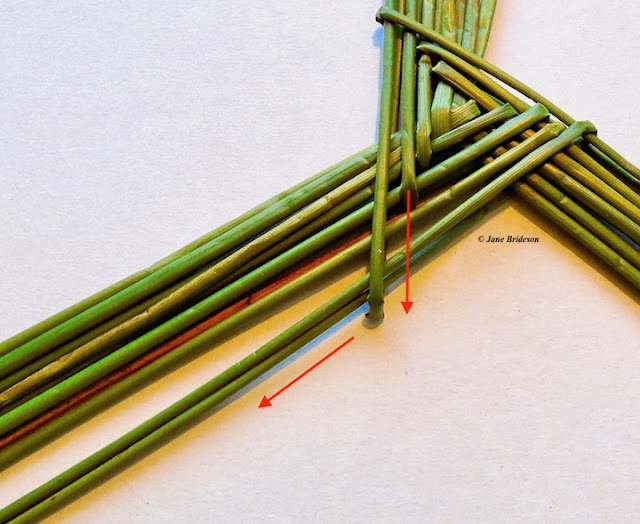 9 When you've added enough rushes ‘lock’ the final rush in place by gently easing out the loop of the nearest rush.
Place the ends of the new rush through this loop then push the loop back into place.
Make sure to hold firmly using your thumb to grip the centre. 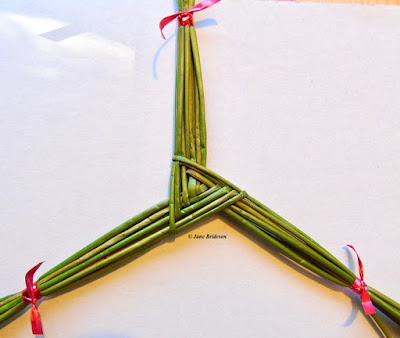 10 To finish - start with the last arm you ‘locked’ and tie the ends securely with wool, ribbon
or a strong rushes. Finish the other two arms in the same way. 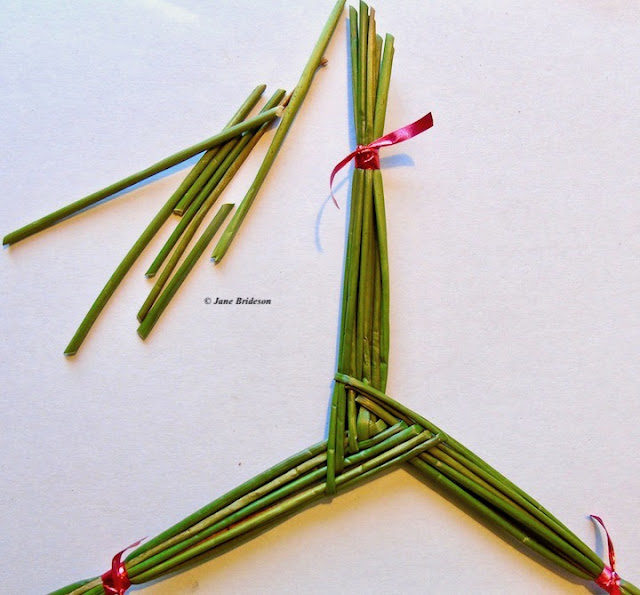 11 Cut the rushes to neaten the ends or leave natural.

You have now completed your three-armed Brigid’s Cross. 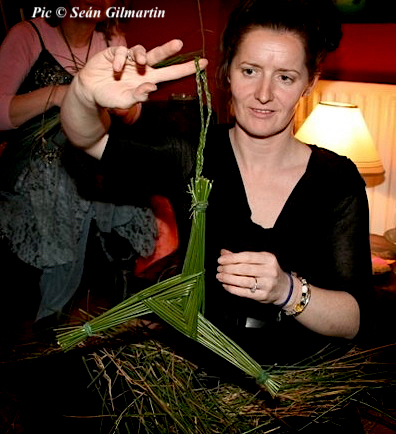 Place above the threshold of your home. 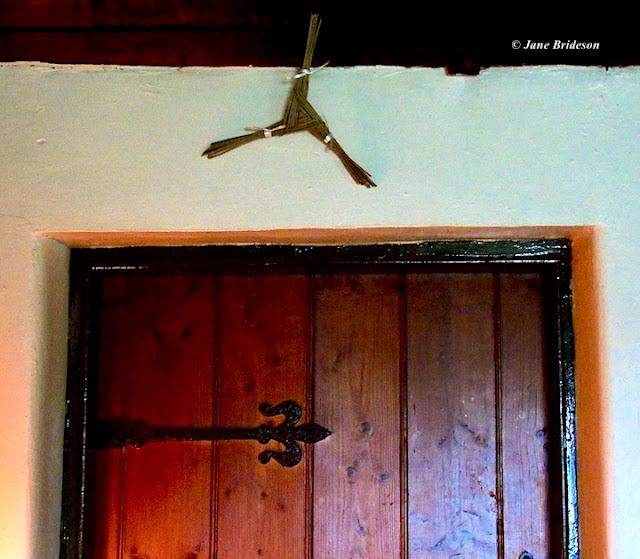 May it bring you the blessings of Brigid
and her protection throughout the year.
Posted by Jane Brideson at 18:00:00