Week One at Brú na Bóinne

My thanks to everyone who came to see 'The Ever-Living Ones', left comments in my visitors' book and bought cards and prints. It was a treat for me to talk with people who have such a great interest in Irish mythology. I wish we could have sat down together with a cup of tea and talked for longer.

Some of my brave models also visited and you can see them below next to their paintings.
We are returning to Brú na Bóinne soon and I hope to put up another post next week. 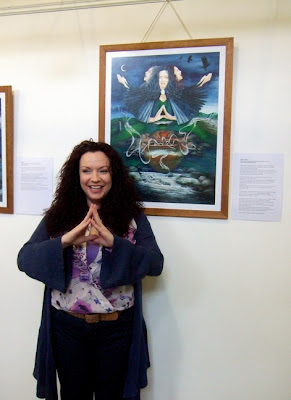 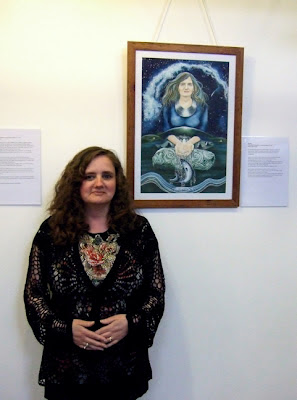 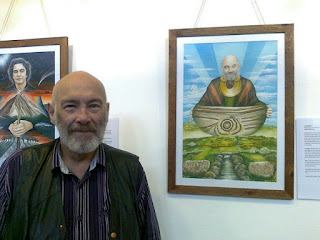 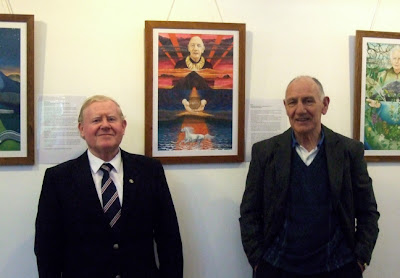 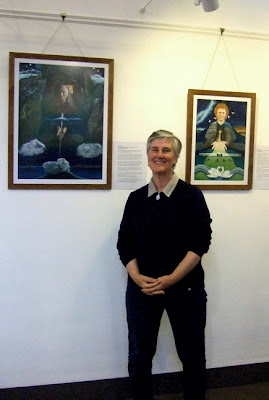 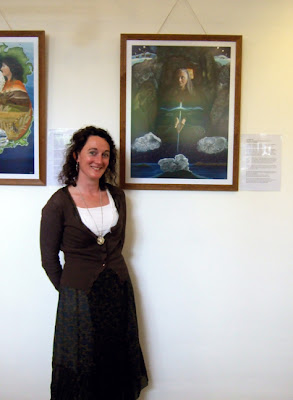 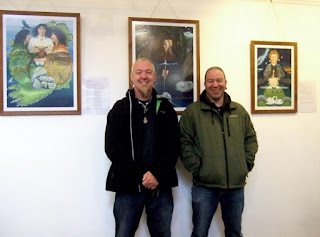 Came as strangers, left as friends 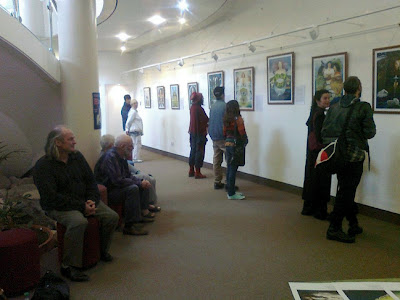 Without the following people this exhibition would not have been possible: 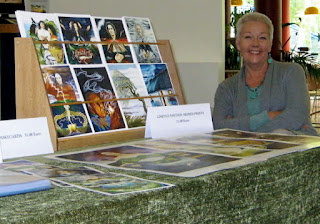