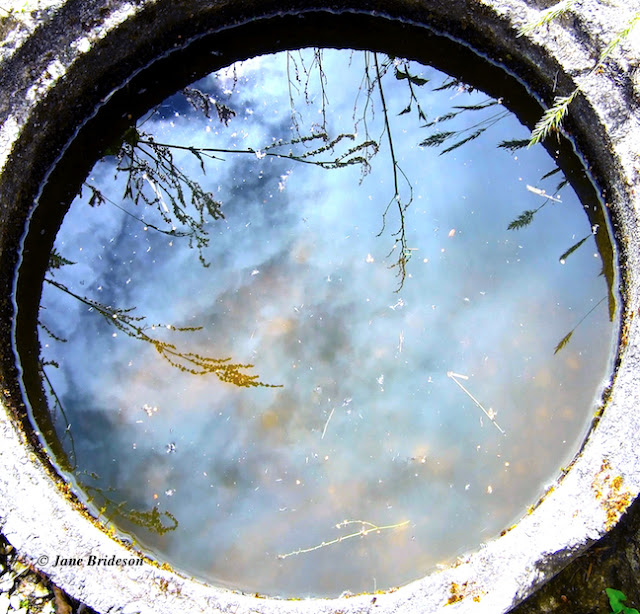 Well at Cahercrovdarrig, Cathair Crobh Dearg, near the Paps of Anu.

3,000 sacred wells have been recorded in Ireland, although this is believed to be a conservative number. There are numerous others which are undocumented, whose locations cannot be found or have been forgotten over time.

Frequently marked Tobar Naofa on maps, they are the blessed wells, springs and water sources found in every part of the island. 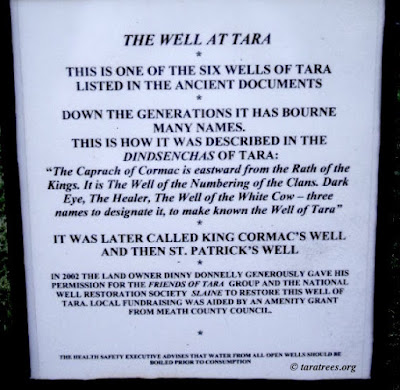 Sign by the Sacred Well on the Hill of Tara.

In countless instances the original Irish names are also lost to us.
Many were re-dedicated to saints of the church by the clergy, others were known by the names of early saints or well known figures, still venerated by local people.

The entrance to the site of St. Brigid’s Well, Liscannor, Co. Clare.
The approach to the well is through a cave-like tunnel with offerings piled on walls and shelves. 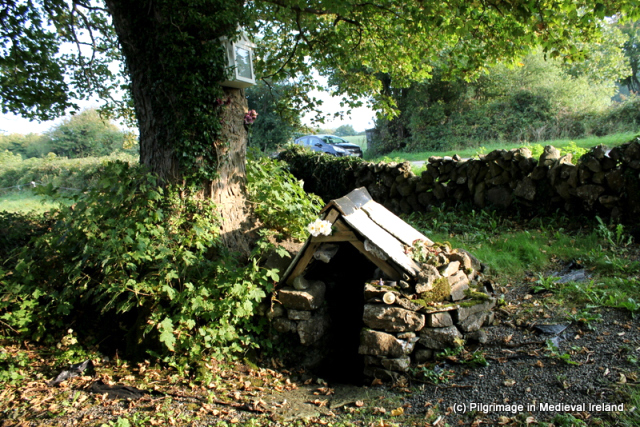 Well of St. Inghean Bhaoith, Co. Clare, who has a widespread devotion locally.

There are wells named for their healing properties with cures including those for sore eyes, toothache, arthritis, mental ailments and in the past cholera. 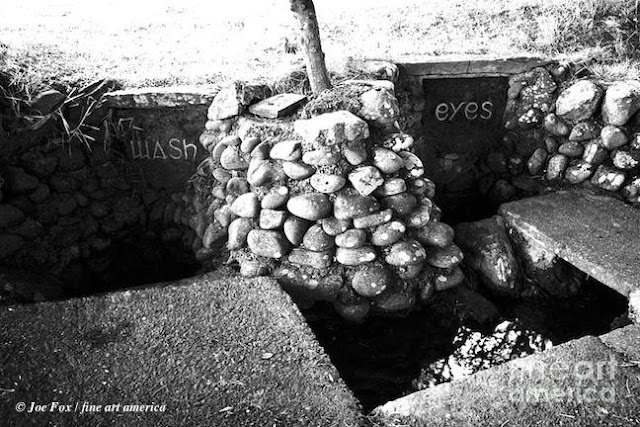 Whilst others take their titles from figures and animals of myth or folklore. 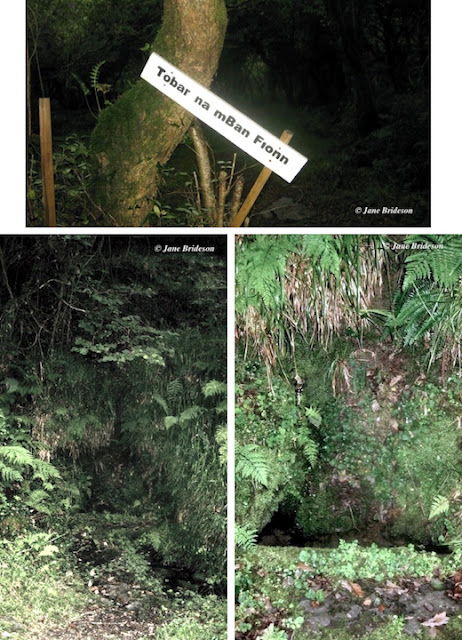 Well of the Fair Women above Cahersiveen, Co. Kerry.

Each well has it’s own personality.

There are wells housed in stone and maintained by the faithful. 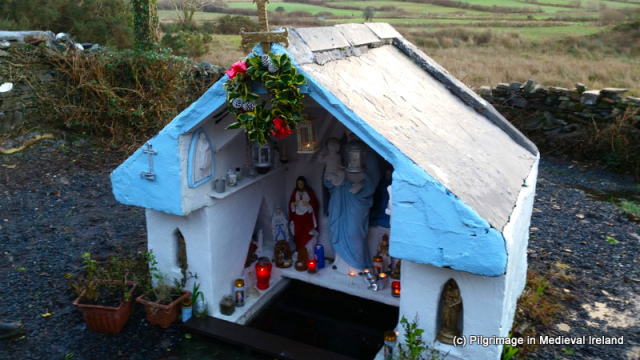 Many lie open to the elements or are marked by a lone tree. 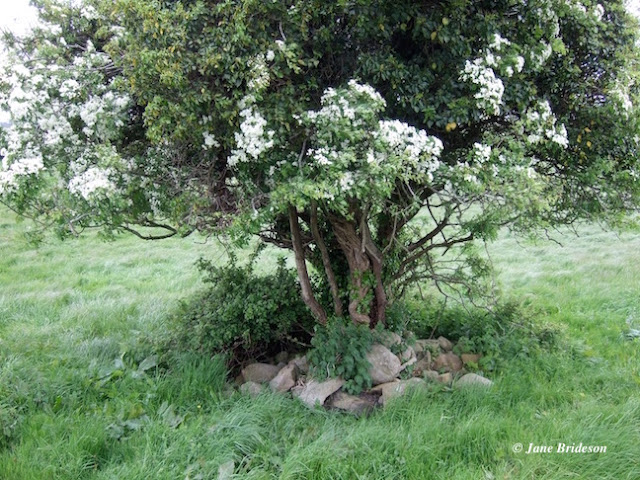 Well near the remains of the church of St. Manman, Co. Laois. 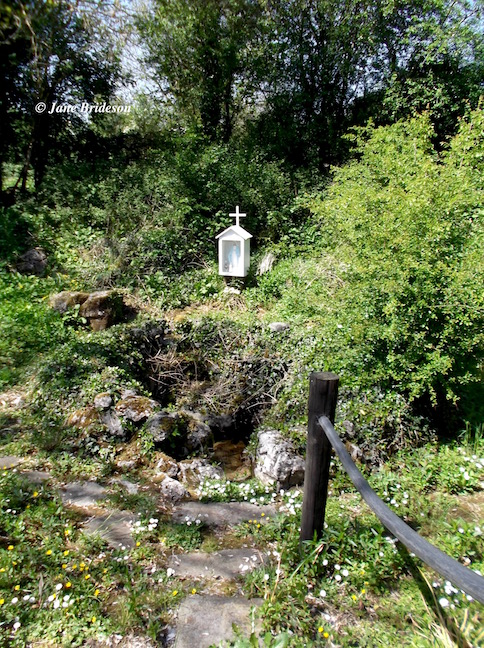 and from inhospitable landscapes. 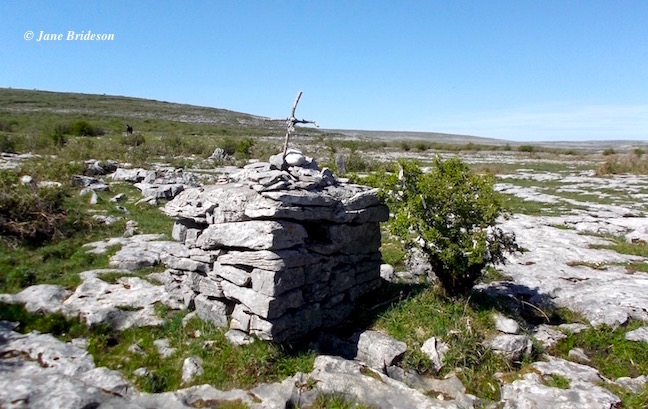 St. Fachtnan’s Well on the Burren.

Water pooled in bullaun stones and in the trunks of trees also offer cures. 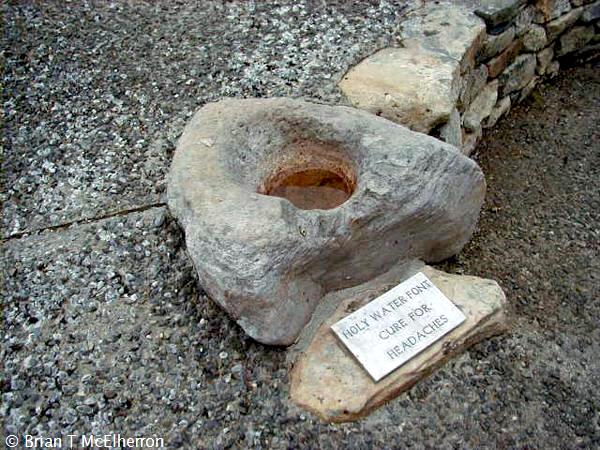 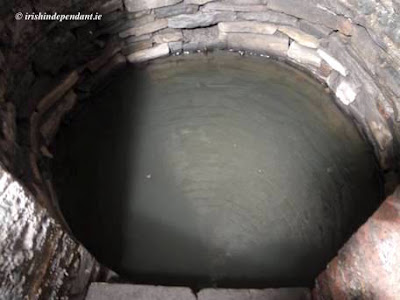 The liminal places, shores, caves, heights and islands also have their wells. 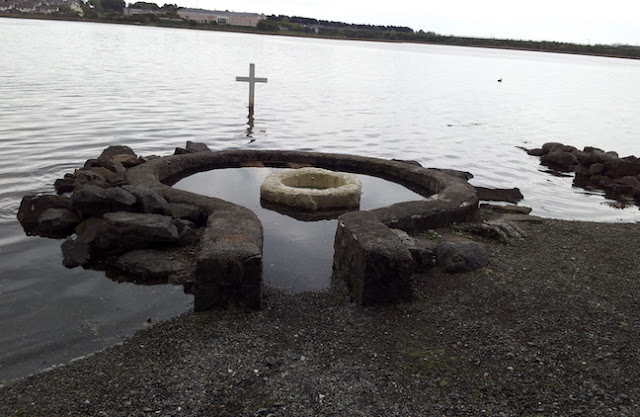 The sanctity of these wells comes from the water itself which emerges from the earth as a gift from the gods of the Otherworld. These sources were venerated by the ancient people who built their megaliths close by or incorporated them into the structure. 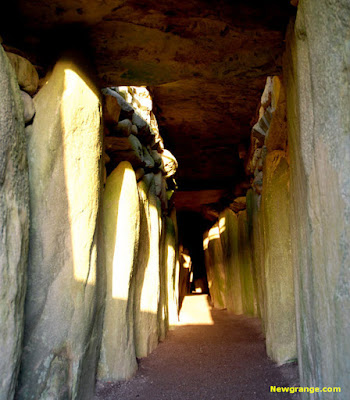 A natural spring still rises from beneath one of the huge stones in the passage of Newgrange
and would have flowed as a small stream across the floor.
The water from the spring is now re-routed to an exterior sinkhole. 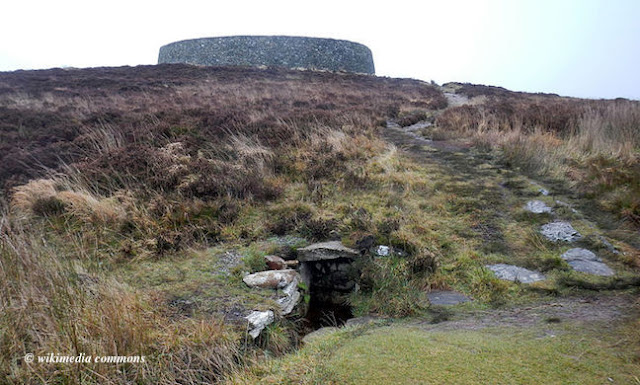 Water has its’ own active life force at sacred wells and to ensure it wasn’t sullied or used for domestic purposes, cautionary tales were passed down through generations about wells which, when offended by humans, protested by moving location. 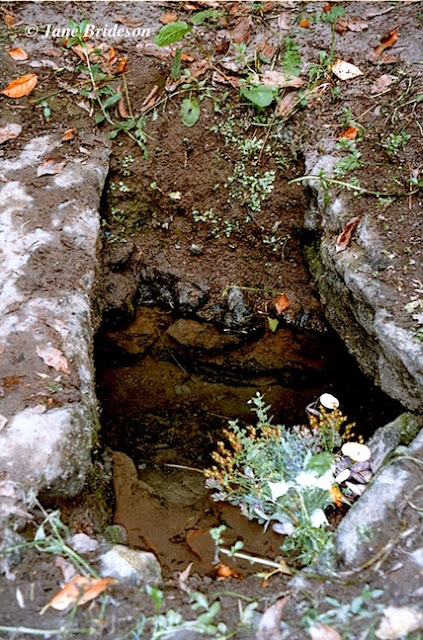 Áirmid’s Well, now Lady Well, at Slane, Co. Meath.
Folklore tells how it moved to its present position when attempts were made to seal it.

Aggrieved wells travelled after midnight, some accompanied by the Good People, in order to punish those who washed clothes or disposed of refuse in their waters.
Others had the power to curse their transgressors by affecting their health or poisoning the guilty
and their cattle but in many cases water taken from a holy well to be used in cooking merely
refused to boil. 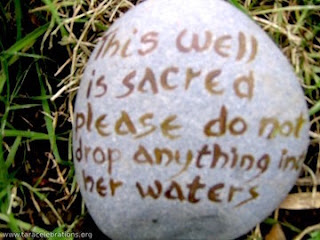 Stone by well on the Hill of Tara. Pic © taratrees.org

Many of Ireland’s sacred wells have been a focus for ritual, veneration and healing for thousands of years, their waters connecting us to deities and spirits.
Visiting these wells today we are offered a special stillness, a place apart, where quiet reflection surrounded by nature is therapeutic and inspiring.
Whether we find these wells in countryside or town, whether our belief is Pagan, Christian or nothing at all, they continue to fill a deep need in us all. 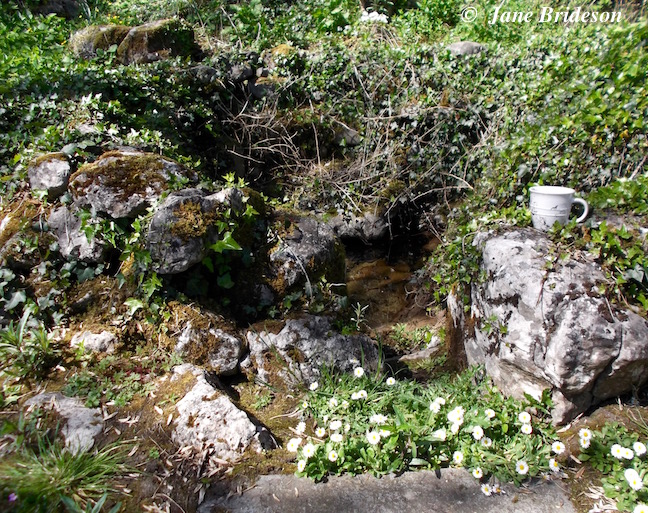 Michael Houlihan’s book “The Holy Wells of County Clare”  provides a deeper understanding of Irish sacred wells and can be ordered from the author at:   michaelhoulihan5@gmail.com. 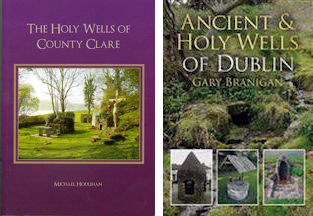 For a fascinating investigation into the sacred wells of Co. Dublin, I thoroughly recommend Gary Braningan’s book “Ancient and Holy Wells of Dublin” available here:
http://www.amazon.com/Ancient-Holy-Wells-Dublin-Branigan/dp/1845887530