Portrait of a Wise Woman. 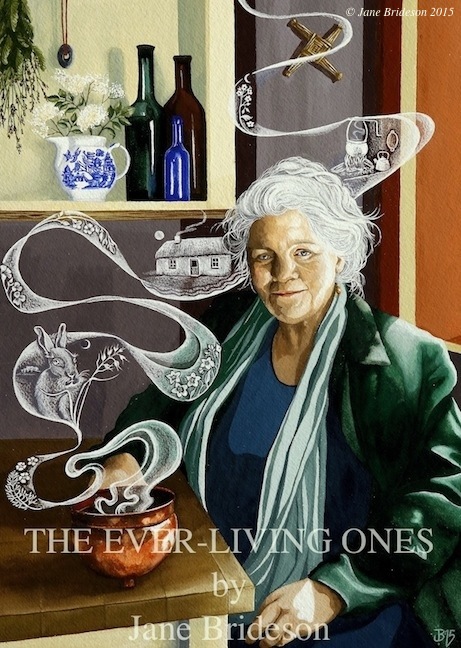 In the past, within rural communities, women guided people through life's changes.
At child birth women would turn to the Handy Woman, Bean Ghúline, the country midwife,
who had visited the Otherworld to refine her skills.
At death it was the Keening Woman, Bean Chaointe, who provided an essential service at funerary rituals.
For life's troubles in between the Bean Fasa, the Wise Woman, was consulted. 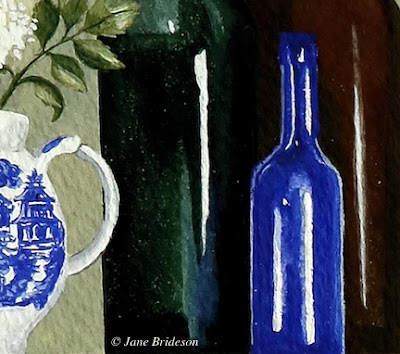 One function of the Wise Woman was that of Bean Leighis, woman healer, who diagnosed the maladies of people
and animals. Her knowledge encompassed cures for bodily ailments as well as mental disorders
and afflictions which had their cause in the Otherworld. 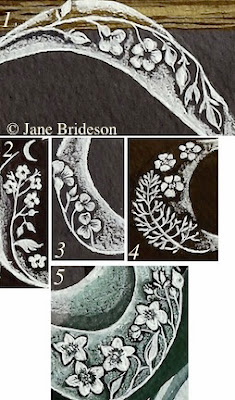 Often an older, single woman, she was a source of wisdom, particularly regarding the Good People from whom she gained her knowledge.
It was the local Wise Woman who was called upon when mysterious injuries or illnesses appeared, when the butter wouldn't come or a changeling was thought to lie in the crib.
Accounts tell of these woman being in regular contact with the fairies, gathering herbs at dawn
and dusk, often attended by a spirit and having the ability to foresee the future. 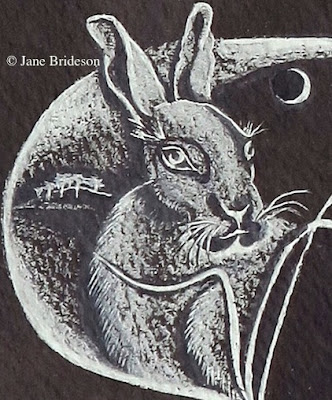 One Bean Fasa, in Co. Kerry, was described as frequently falling into a trance at funeral wakes, returning to the assembled company with knowledge gained from the Otherworld. 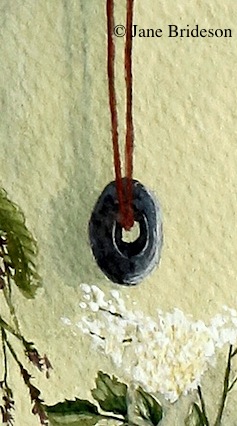 Detail - Hag Stone.
It was believed that some could see the Good People
when looking through a natural holed stone.

The folklore surrounding these figures describes them as almost supernatural elders and
stories of their exploits span many generations. Some were real women, such as Biddy Early,
whilst others appear to be mythical. 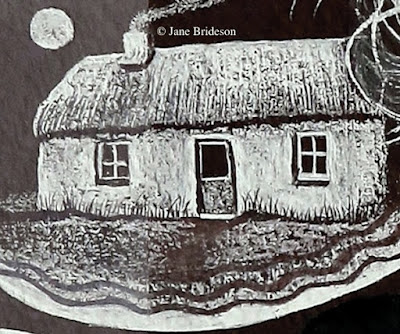 Detail - Biddy Early's cottage under a full moon.
Water from the well, once near the roadside, flows beneath.


Folklore concerning Wise Women, such as Máire Ní Mhurchu of Bheara, often portray them as personifications of  THE CAILLEACH.

Indeed, the Wise Woman, who often opposed the church and man-made law, was a powerful female, an authority figure viewed in oral tradition as an embodiment of our ancient goddesses.


The Wise Women of Ireland are remembered and honoured by those who visit the places associated with these real and mythical women. 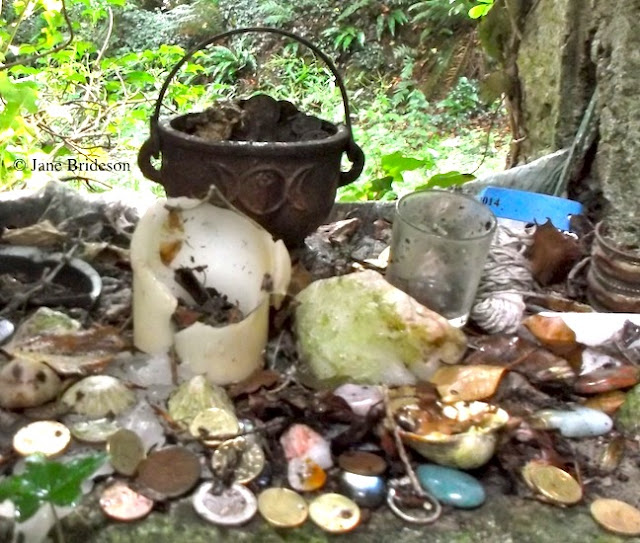 The Hag of Bheara at various times of the year with offerings © Jane Brideson.

I will be producing Art Cards & Prints of  'The Wise Woman'.
To pre-order & for more info please contact me HERE
or on my Facebook Page THE EVER-LIVING ONES


Information about the following Wise Women - Máire Ní Chearbhaill of Carbury,
Máire Ní Mhurchú of Bheara, P Ní L of Tuosist, Eibhlín Ní Ghuinnníola of Dingle,
Máire Liam of Kilworth & Biddy Early of Clare, can be found in
Gearóid Ó Crualaoich's 'The Book of the Cailleach'.
Posted by Jane Brideson at 18:00:00